According to the International Ergonomics Association, ergonomics is the study of interactions between humans and physical objects in order to optimize performance and comfort. Specifically, “ergonomists contribute to the design and evaluation of tasks, jobs, products, environments and systems in order to make them compatible with the needs, abilities and limitations of people.”

The purpose of “ergonomics” is to reduce the number of injuries caused by repetitive motion tasks, especially musculoskeletal disorders (MSDs). The Federal Occupational Safety and Health Administration (OSHA) first addressed the subject of ergonomics in 1987. Five years later it began a related rule-making process and on November 4, 2000, OSHA issued its Ergonomics Program Standard (the Program) to address MSDs in the workplace. This Program was subsequently repealed on March 20, 2001 by the Bush administration, due, in part, to its incompatibility with state Workers’ Compensation laws.

Some organizations criticized the plan, noting that it required employers to pay workers who suffer ergonomics-related injuries at least 90 percent of their salary while they recover; whereas most Workers’ Compensation insurance programs paid only 2/3 of their salary. Moreover, the Standard Program proposed a completely different benefit-system for MSDs, containing different requirements from Workers’ Compensation.

Insurance companies and other groups such as the American Dental Association (ADA), and many others, applauded the repeal of the Program, believing that OSHA had failed to identify specific scientific evidence linking specific jobs to specific injuries. In addition, others indicated their lack of approval of the regulation, noting that certain vital aspects had not been addressed.

Despite the initial repeal of the proposed regulations, on April 5, 2002, OSHA announced an alternative plan called the Comprehensive Plan on Ergonomics (the Plan) as a way to reducing MSDs in the workplace. Unlike the repealed Ergonomics Program Standard, however, the new guidelines are voluntary. This Plan has four parts: guidelines, enforcement, outreach and assistance, and research.

The Comprehensive Plan was initially challenged by legislation introduced by Senator John Breaux (D-LA), (the Breaux-Specter Bill). His proposed legislation would have required the Secretary of Labor to issue a final ergonomics rule within two years of enactment. In addition, the Bill called for an emphasis on preventive measures and demanded increased clarity for employers about when action was necessary in order to be in compliance. The Breaux-Specter Bill would also prohibit OSHA from expanding the application of state Workers’ Compensation laws. The Bill, however, was never passed in the 107th Congress, and apparently, was not subsequently re-introduced.

Warren Sieder is the founder and principal attorney at Sieder Law Corporation, representing injured workers and other individuals injured in serious accidents in Los Angeles and throughout California statewide.

Mr. Sieder formed Sieder Law Corporation for the express purpose of providing top-notch legal representation to help those injured on the job or by the negligence of others receive the medical care and compensation they both need and deserve.

Attorney Warren Sieder
was honored with
admittance to
Lawyers of Distinction 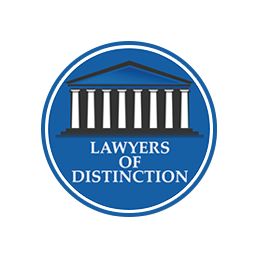